Loaded has got a brand new toy to play with, their newest board, the Fattail. First things first, the graphic detail on the Fattail is an extension of the artistic concept explored in the two graphics used on the Pintail. One of the primary reasons they call this board the Fattail is as a reminder of what it has taken for Loaded to get where they are today. It looks like a cross between the Loaded Bhangra and the Tan Tien because it is an asymmetric top-mount like the Bhangra and is light and flexible like the Tan Tien. In short, the Fattail is a super attractive piece of work.

One of the best things about the Fattail is its sublimated graphic that’s pretty sweet and they are way more resistant to wearing off than normal ones because they are under the clear top layers of the deck. In addition to the pretty natural wood/graphic combination it has one of the signature crazy Loaded grip jobs which will surely turn some heads when you ride it through campus or town. The width of the deck has been redistributed while maintaining subtle tapering near the trucks to provide both ample leverage and better foot position while powering through turns. 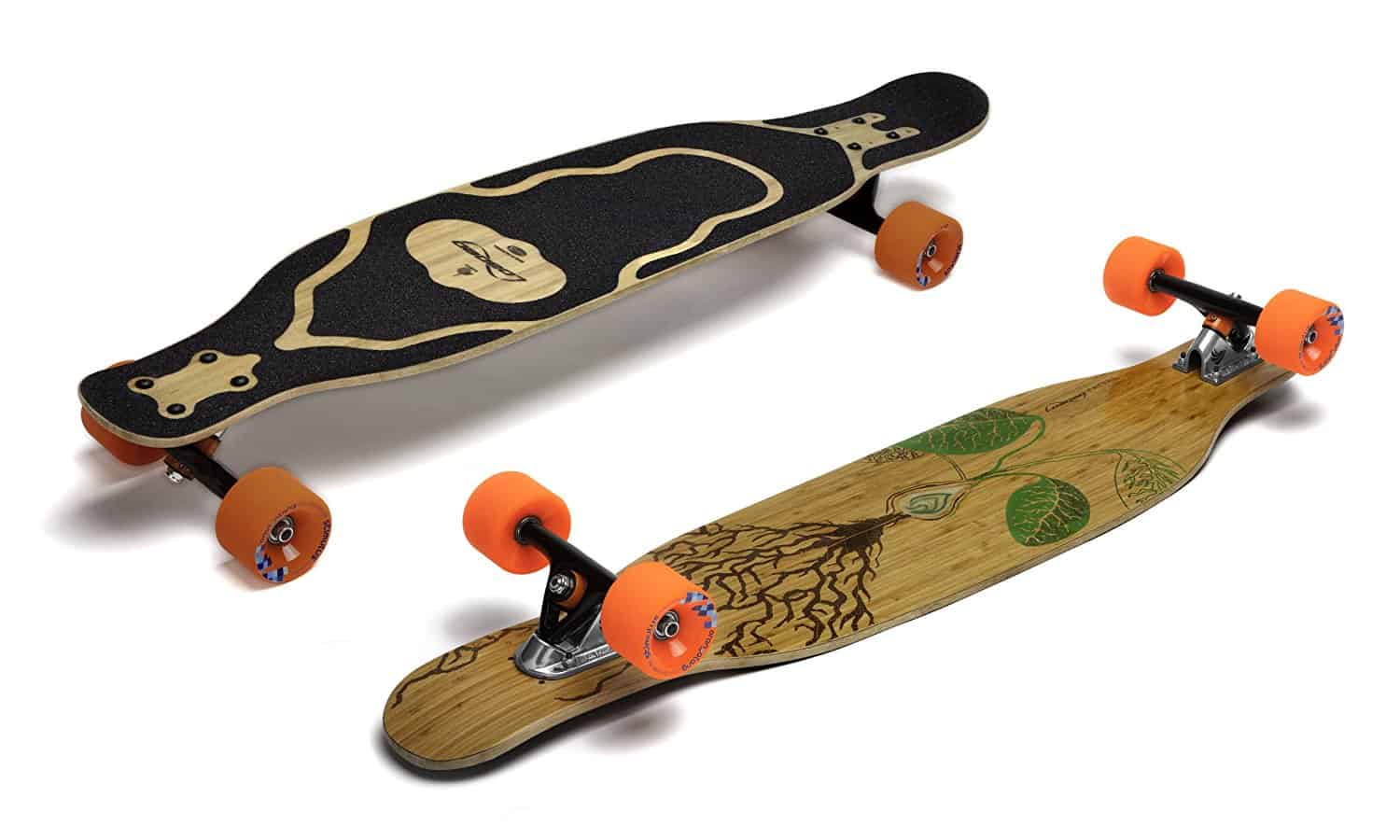 It has a super sick tail and a slightly kicked nose, both of which are more than functional. The formerly vestigial tail has received the silicone treatment for improved functionality in both freestyle tricks and surf-style shredding. The Loaded Fattail is also equipped with a slight nose kick for manuals and shuvits. If there’s one word to describe the flex in the Fattail, it would be powerflex. It bounces you around town with style and grace. Right behind the board’s mad commuting skills come the freestyle skills. If you have ever made any sort of tricks on a board with a little tail, then you’ll find that the nose on the Fattail doesn’t need to overcompensate for anything.

For all its strengths, the Fattail does have its fair share of weakness. The board is designed around a certain skill set and downhill is not one of those skills, which means it’s not just the best board for downhill riding, however, that doesn’t stop you from moving very fast. That being said, the Loaded Fattail is the best for anyone looking for a high-performance board to bounce around campus or town. Plus with the sweet sublimated graphics, it has enough flair for some crazy freestyle tricks and dancing moves.