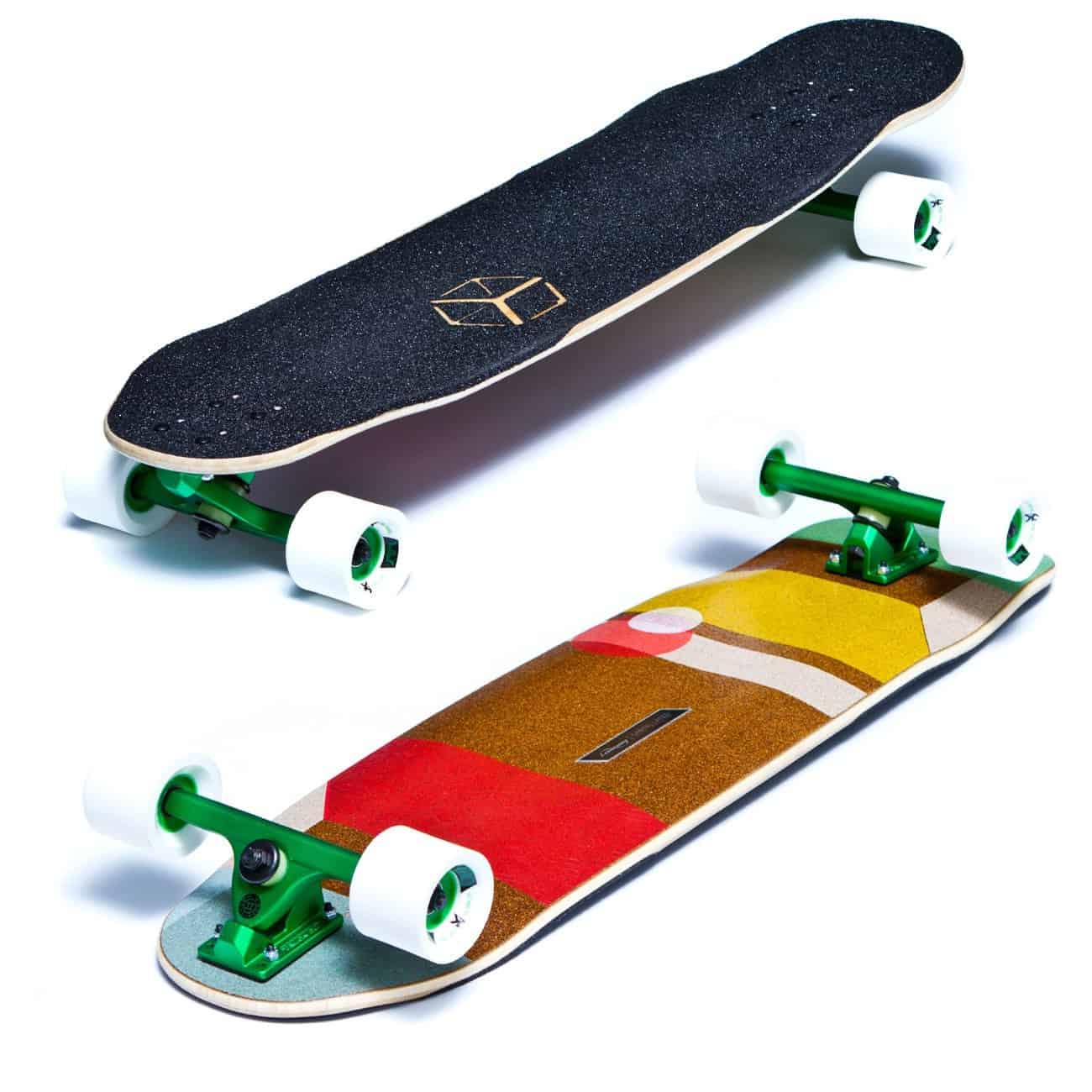 No city or campus commute is complete without the occasional obstacles getting in your way. Being nice and responsive is great to deal with ride interference but what happens when you encounter an unexpected rock or curb? You’ll simply Ollie over it, right?! You’d be very surprised to know that the tails on the Cantellated Tesseract are capable of popping a nice full size Ollie. Plus the Tesseract also gives its rider a lot of options when it comes to freestyle. The tails are so large and wide you get a ton of leverage and if you factor in that the board is super light, you end up being a freestyle expert. So whether it’s downhill, freeriding, or just all-around shredding, the Cantellated Tesseract is a board that should not be overlooked.

The tails on the Loaded Cantellated Tesseract sport a little bit of their own concave which is great for hitting all sorts of slides from the tail. In addition to blunt slides, you can actually get creative with rotational slides like 360 slides. While nothing is perfect, the Loaded Cantellated Tesseract has its fair share of downsides too. The biggest issue is probably with the wheelbite. But rest assured, the Tesseract is definitely a thing of beauty.